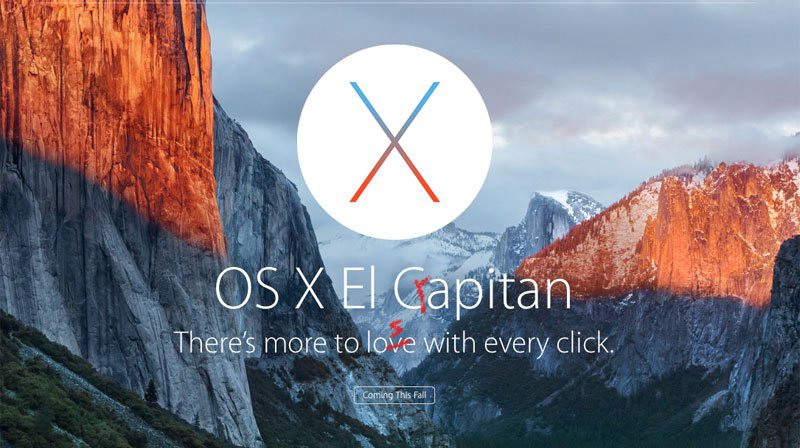 OSX El Capitan is a disgrace. Seems Apple has some core issues (sorry).

I’ve been working on Macs almost every day since the early 90s and I am appalled at how bad Apple software has become in such a short period of time. Under Tim Cook’s watch Apple has become downright ‘Microsoft-like’ in it’s cavalier approach to software QA. I used to say that ‘Apple software is productive where Microsoft software is obstructive‘. Not any more. Given the unmitigated disaster that is El Crapitan, along with the preceding litany of unstable iOS and OSX releases, I must now admit to losing any remaining faith I had in Apple’s software.

Ah, but you won’t hear a peep out of Apple admitting to a mistake for they are, after all, the infallible, divine bringers of light and shiny tech bling to the Western World and beyond. It’s like getting The Fonz to say he was wrong. Such a sacred institution cannot possibly publicly acknowledge such mediocrity. I mean, it’s not like they’re just another corporation selling a product in order to make (HUGE) profits, is it!? For verily we hath beheld the rapturous, adoring congregations high-fiving their way across the thresholds of a hundred Apple churches…er…stores that they may prostrate themselves before the altar of the latest iBling.

Even such an inexcusable bug as the ever-growing save sheet that users the world over have complained about since the launch of Yosemite is STILL THERE in El Crapitan. UNbelievable!!! UNacceptable!!! Steve Jobs has DEFinitely left the building.

I make my living on a Mac and I simply can’t afford the downtime that now seems to come with each incompetent, untested, unstable software update from Apple so I’ll delay upgrading until the tears of the trusting early-adopters have dried and version 10.11.108 is released. Hopefully by then it will be stable enough to get a day’s work done. Oh, and there ARE tears – check out these enlightening search results:

And I’m not alone it seems:

I’m guessing it’s not the poor ol’ developers in the trenches at Apple who are to blame but rather it’s the ridiculous demands of management who are, no doubt, screaming ‘RELEASE!  RELEASE! RELEASE! READY OR NOT’. For a company with the resources Apple has at its disposal there is absolutely no excuse for this nose dive into very-soft…ware.

It’s not like Apple stuff is cheap, either. We pay top dollar for iStuff. Without reliable software they’re just VERY expensive paper weights. 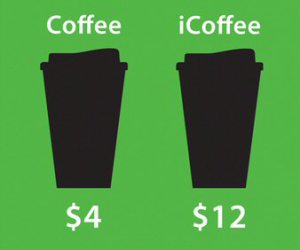 Not good enough, Tim! Wake up and smell the Napalm! We’d rather have our updates right than regular.

You’ve done so much great stuff – don’t let it all go to CRApple. Make us believe again…pleeease! And BTW – this whole ‘Apple has no comment’ thing is getting REALLY old!

Ah…and to think I was once an Apple fanboy (sigh). In the words of the late, great George Harrison, “All Things Must Pass”. Lemon, anyone?

[Update: May 2016 – Another disastrous El Capitan bug for Mac users – USB hubs are broken under El Crapitan for thousands of users (all versions up to and including 10.11.5, so far). I lost data on 3 hard drives because of this issue. Luckily I had backups. I bought a new hub thinking it may be a problem with the hub itself. Nup – it was CRApple’s dodgy El Capitan software that broke my USB. I had to ditch any USB hubs I was using (USB 2.0 and 3.0 hubs both broken) and plug removable drives directly into Macbook Pro USB ports. Of course there’s only 2 USB ports on my Mac so it means constantly swapping drives. WHAT A DEBACLE!

Want to join the discussion?
Feel free to contribute!

How To Make Streaming Royalties Fair(er)

Apple Now Break Their Own Interface Guidelines
Scroll to top

This site uses cookies to personalise your experience on our website. By continuing to use the site, you are agreeing to our use of cookies. Pixel Boy collects no user data whatsoever.

We may request cookies to be set on your device. We use cookies to let us know when you visit our websites, how you interact with us, to enrich your user experience, and to customize your relationship with our website.

Click on the different category headings to find out more. You can also change some of your preferences. Note that blocking some types of cookies may impact your experience on our websites and the services we are able to offer.

These cookies are strictly necessary to provide you with services available through our website and to use some of its features.

Because these cookies are strictly necessary to deliver the website, refuseing them will have impact how our site functions. You always can block or delete cookies by changing your browser settings and force blocking all cookies on this website. But this will always prompt you to accept/refuse cookies when revisiting our site.

We fully respect if you want to refuse cookies but to avoid asking you again and again kindly allow us to store a cookie for that. You are free to opt out any time or opt in for other cookies to get a better experience. If you refuse cookies we will remove all set cookies in our domain.

We provide you with a list of stored cookies on your computer in our domain so you can check what we stored. Due to security reasons we are not able to show or modify cookies from other domains. You can check these in your browser security settings.

We also use different external services like Google Webfonts, Google Maps, and external Video providers. Since these providers may collect personal data like your IP address we allow you to block them here. Please be aware that this might heavily reduce the functionality and appearance of our site. Changes will take effect once you reload the page.